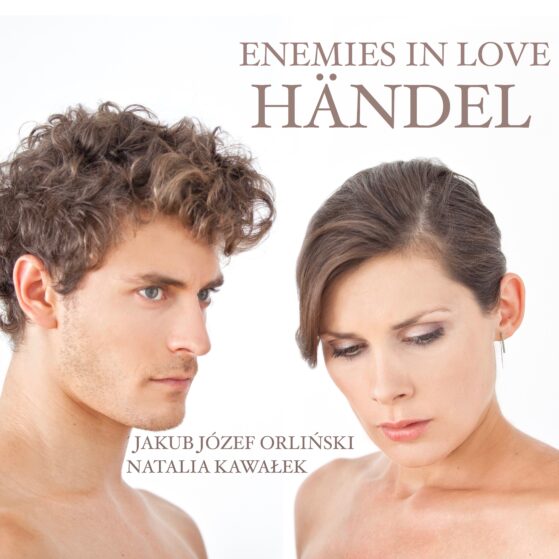 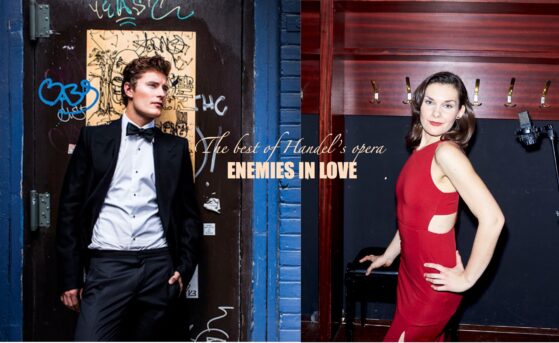 Love, jealousy, war, complex web of intrigue, religious conflict in the background, and additionally a whole galaxy of special effects. Sounds like a description of a modern action movie? Yes, but it could successfully correspond to a large number of Händel operas! Let’s look for example at Rinaldo, the first opera, created by the composer for the London scene. Story taken from Torquato Tasso’s Jerusalem Delivered, rich in expressive characters, and political forces is here supported by magic. During premiere presentation in 1711, the scenes in which sorceress Armida appeared were accompanied by pyrotechnic effects, and the whole staging was a resounding success.

It is hardly surprising – even if we forget for a moment about the visual aspect, the music itself is enough to repaint the explosive nature of the heroine. For what are the rapid instrumental interventions played with vigor by strings, if not an image of full of anger monsters that are imperiously summoned by Armida ((Furie terribili)? Insidious witch knows it well how to thwart the plans of noble Rinaldo, yet her cruelty loses with the sudden affection for the enemy.

In the duo of representatives of two camps (Fermati) rapid exchange of views takes place: short, broken phrases intertwine more and more closely, wrapping the protagonists with a surprising feeling, that from hatred smoothly transforms into fascination.

Strong personality of Armida is once again manifested in a great aria in the end of the second act of the opera – Vo’ far guerra, when the Queen of Damascus becomes the victim of own machinations – having led the lover astray, discovers that he begins to develop a romantic attraction towards the rival.

The desire for revenge is revealed in the spontaneous explosion of jealousy, that is perfectly highlighted by Händel with a brilliant harpsichord accompaniment, by weaving into subsequent parts of the aria a spectacular cadenza of the instrument.

Faces of love portrayed by Händel can be very different, and among the many feelings that accompany it, there is also the joy sung with enthusiasm by the loving and loved Ginevra  (Volate amori). Even happy love is however sometimes tested, especially when around the lovers a circle of intrigue is tightened, and when there is an allegation of sexual irregularity – this is the situation of Romilda and Arsamene, who,  despite mutual commitment, are caught in a treacherous situation, discrediting their mutual trust. Their argument (Troppo oltraggi) resembles a typical marital quarrel, in which suspicion turns up the temperature of emotions. Parts of both lovers are mirrored to each other, giving the impression as if the singers mimicked each other – his slightly ironic effect is emphasized also in part of the band, the lively accompaniment of which introduces here a little humorous distance.

A completely different atmosphere is brought by a heartbreaking aria of Tolomeo (Stille amare) that being convinced that will swallow in a moment a bowl of poison, bids farewell to life and love. It is one of the most beautiful arias intended by the composer for male alto voice

(in this case, the first performer was a famous castrato Senesino). The background of a rolling, metering the inevitably passing time, accompaniment, is dominated by lyrical melody of the part of Tolomeo.

Also Bertarido, tragic hero of Rodelinda (1725), singing a few songs later the legendary Dove sei must face the topic of death and loss. Melancholy of the king, that has been found to be dead, is mixed with longing for his beloved, and the sense of emptiness is perfectly captured by a wide, wistful phrase. The aura of sadness fills also the duo of Bertarido and Rodelinda Io t’abbraccio, ending the second act of the same opera. Parting of this famous couple is surely one of the most sensual moments in the stage music of the Baroque – singing in the same register lovers cling to each other with voices so closely that sometimes their parties become almost indistinguishable.

With a moving tenderness bid farewell also Clizia and Arcane (Addio) with a powerful five-act Teseo, opera in which Händel broke his three-act scheme, reaching for the french patterns, however at the same time returned to the present in Rinaldo world of magic.

Spells are also present in Orlando, based on the text of epic poem of Ludovico Ariosto Orlando Furioso.  In this full of contrasts work certainly worth noting is the aria of the shepherdess Dorinda (Amor è qual vento), that with grace and fantasy compares the dynamics of falling in love to changing wind directions: joyful daze can quickly turn into an obsessive fear and pleasure may be undermined by jealousy.

And about jealousy Tamerlando has plenty to say, who tormented by this feeling sings bristling with fury aria, which literally sparkles with the desire for revenge (in the original cast another castrato excelled here – Andrea Pacini).

It is however the most difficult in love to face rejection. This was the fate of lover of the title queen Partenope – Arsace, who ends second act of the opera with his brilliant aria called Furibondo spira il vento. This daring show of vocal technique, filled with coloraturas and sudden interval surges, recalls the mood of the opening the CD temperamental arias of Armida, that constitute room to maneuver both for the singer, and the vigorously accompanying him band.

It is hard for a better culmination of album, which with its narration keeps you in suspense from the first to the last minute, bringing moments of respite only in beautiful instrumental passages: overture to Rinaldo and cheerful sinfonia to the third act of the Solomon oratorio known as the Arrival of the Queen of Sheba.

Today, it is difficult to imagine a world, the musical landscape of which would miss the music by Händel, however the history has been closed for his operas for many decades, already during the composer’s lifetime. Virtuosic, bristling with difficulties, multithreaded works in the Neapolitan style quickly went out of fashion, and over time they have almost completely been forgotten.

Only the twentieth century cracked open the doors to this extraordinary music, whetted the appetites of music lovers with performances of the most daring arias.

There is nothing surprising in this – Händel’s sense of opera was incomparable, as evidenced by not only the ease of writing subsequent stage works, but also an exceptional talent for portraying human emotions with music.

What we find so attractive in the music of Händel is the powerful emotional charge, making it timeless. What are actually the most successful arias from his operas, if not the musical essence of various shades of infatuation, hatred, despair or joy? Even though characters of the tacks mentioned in the recording come from distant times and spaces, their feelings, lively voices of great singers, still resonate with sensibility of contemporary listeners, allowing a deeper insight into the full of mysteries dynamics of love.