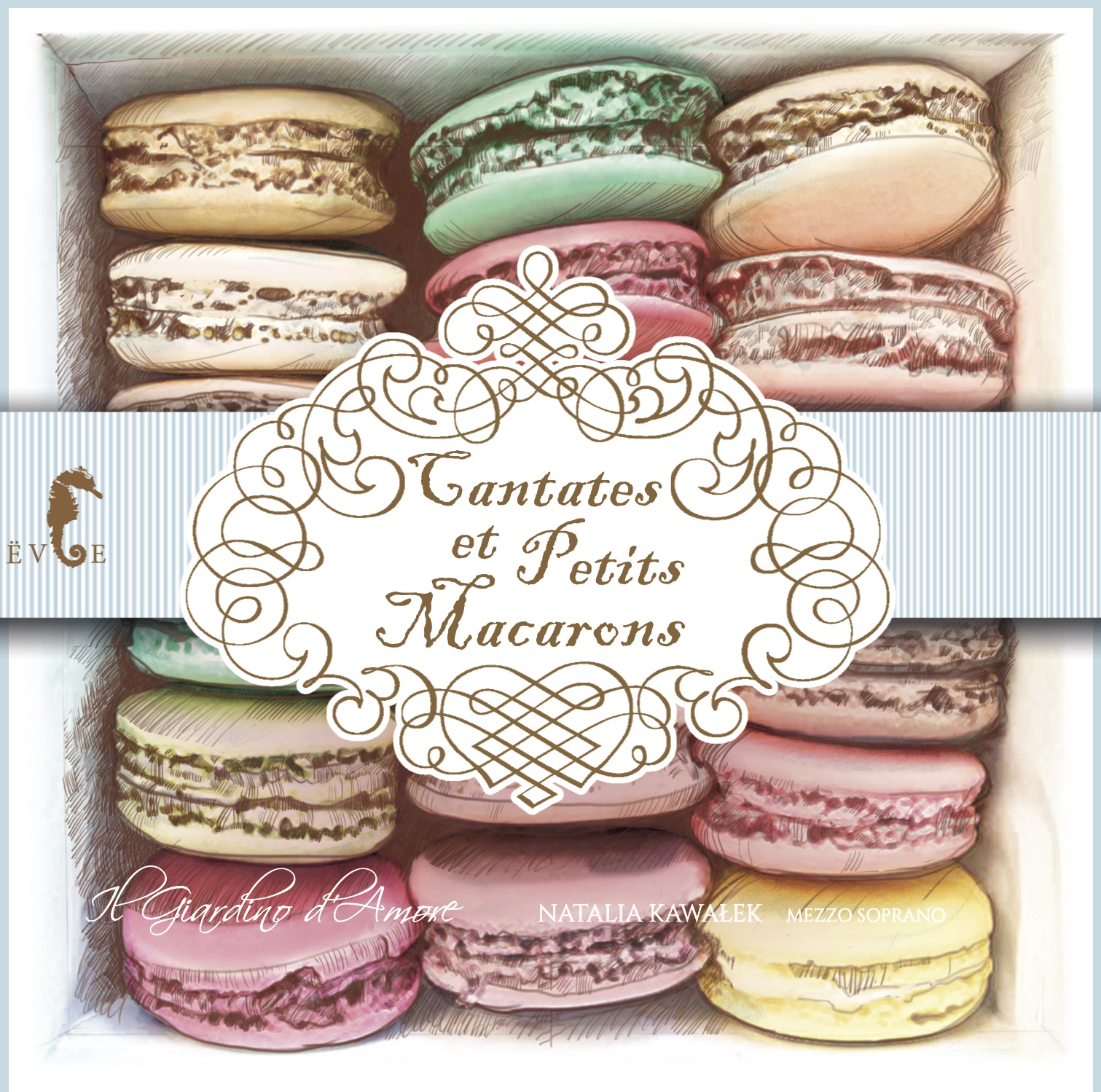 Available now on:
Update Required To play the media you will need to either update your browser to a recent version or update your Flash plugin.

„On a quiet summer afternoon, with the living room door half open, through the doorway comes a smell of perfume, muffled laughter from the courtesans and the sweet sounds of the violin virtuoso…”
There is a generous buffet, gently decorated with a Croquembouche – a pyramid of cream puffs stuffed with candied fruit, sugared violets from Toulouse, a sprig of dill sprinkled with tinted icing sugar, nutmeg spiced pastilles, almond dragees from Verdun and mounds of delicately fla- voured macaroons.

This is a place where you can read, play billiards or backgammon and listen to the newest canta- tas, that tell of the deeds of the gods and of idyllic landscapes with shepherds and shepherdesses. The cantatas provide the perfect excuse to talk about love, to tell short stories and simple tales often ending with a plain moral: „We watch pleasure ́s departure, just as we are trying to learn about it” (LN Clérembault La Muse de l’Opera). In that way Mirtil and Amaryllis from Le berger fidèle („Faithful Shepherd” by JP Rameau) triumph over Diana’s murderous rage with the purity of his love, and the great sacrifice becomes a covenant, that breaks the curse of Arcadia.

These cantatas, just like the short salon operas, are composed of symphonic ariettas and recita- tives. They are as exquisite as the delicate flavoured desserts pictured above. It could be said that with the works of Clérambault, Montéclair and Rameau, the French Cantata reached a kind of apogee, pushing the limits of its theatricality and becoming increasingly more operatic. On one hand, these composers borrow the varied pace, exuberance and quick modulations from the Italian style. In the first story, „The Faithful Shepherd” by JP Rameau, Mirtil „sighs and moans all the time” – an effect achieved with a tearful chromatic line in the basso continuo, obtaining amazing and agonising minor harmonies. On the other hand, they expand the instrumental parts, using trumpets, horns, violins and even timpani, which far from being a mere accompaniment to the story also set the scene. In Clérembault’s La Muse de l’Opéra there are numerous descriptions of the context of the scenes such as the Tempest (Tempest), Sommeil (Dream) and the Prélude infernal (Prelude for hell). There are several scenic images: „terrible floods” literally presented by the billows, contrasting with morning bird songs played on the flute or the shepherd’s bagpipe mimicked by the buzzing bass viola. JP De Montéclair’s great orchestration creates an amazing dialogue between the martial trumpet and the joyful bagpipe in Le Retour de la Paix. François Couperin, less engaged with cantata writing than his contemporaries (his vocal secular works uses a stiff „serious aria – light aria” structure) is one of the most important chamber music composers of the French Baroque, in which he reaches an artistic peak with Le Gouts Reunis (The combined tastes). As if he were a master alchemist, and using his music as a sort of philosophers’stone, he combines the French and Italian style, represented by J.B. Lully and A. Corelli, in a perfect mix. L’Apothéose de Corelli (Apotheosis of Corelli) is built as a big Ita- lian sonata in seven parts. At the beginning of each part, a description of the piece is written, allowing the listener to follow the story and enjoy the adventures of our hero, Corelli himself.

The titles read as follows:
« Corelli at the feet of Parnassus asks the Muses to take care of him. » (Grave)
« Corelli, fascinated by his welcome on Parnassus, expresses his joy. He moves on with his companions. » (Joyful)
« Corelli drinks from the spring of Hippocrene, and his company moves on. » (Moderately) « Corelli is full of enthusiasm, caused by the waters of Hippocrene. » (Lively)
« Corelli, exhausted by all his enthusiasm, falls asleep; his troupe plays a gentle lullaby. » (Equal and fluent notes)
« The Muses wake Corelli up, leading him to Apollo. » (Lively)
« Corelli’s gratefulness. » (Cheerfully)

Marin Marais was one of the first to introduce trio compositions, typically used by the Italians, into France. His famous Sonnerie de Sainte Geneviève du Mont de Paris (Bells of St. Genevieve in the Hills of Paris) is an amazing example of virtuosity on the viola da gamba. All of it is achieved by a very simple material – three tones that imitate bells and a never ending passacaglia, that allow the viola da gamba, a French instrument, to engage in a competition with the Italian violin, and win?…At the royal court, salons, theaters, and churches the Italian style remained fashionable; it was the pinch of salt that enhanced the aroma of cloves and macaroons, but only when tamed, and refined to the gentleness and depth of the French delicacy. François Couperin said „Let us pronounce Sonada and Cantada (instead of sonata and cantata) as we already pronounce ballada and serenada. No matter what the recipe, each of these works portrayed in the CD is an invitation to celebrate the combined flavours (Goûts Réunis), a tiercake made of layers and flavours, that makes us succumb to the pleasures of the feast.

Macaroons (recipe)
<< Grind half a pound of fresh, blanched almonds, washed and well dried, when rubbed sprinkle them with a few drops of orange blossom water and fine sugar, in order not to turn almonds into oil, then remove them from the mortar and beat well in a stoneware bowl with half a pound of sugar, add four eggwhites, beat them neatly with sugar and almonds; put button size macaroons on paper; bake on a low heat; when they are baked and in a beautiful color, serve it in that form. In order to frost them, if somebody likes, put fine sugar through a sieve on a plate, add lemon juice and a bit of eggwhite, whip them together with a spatula until it becomes white; cover macaroons with it and put them into the stove for a moment in order to dry the frosting >>