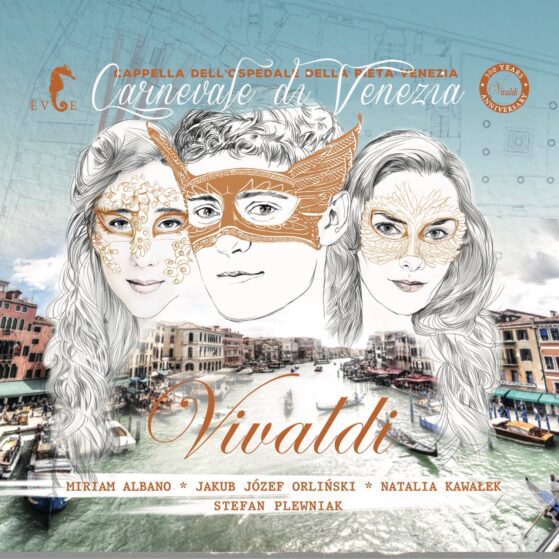 Throughout the early to mid Eighteenth Century, Venice, Italy was considered to be one of the most exciting, alluring, and culturally diverse cities throughout Europe. The grandeur attracted a multitude of intellects, artists, musicians, travelers, foreigners, merchants, traders, prostitutes, tourists, nobility, and clergy alike, (Hanning, pp.263-264). Venice was a city filled with excitement and adventure.

What Ospedale means exactly? Ospedale (literally “hospital”) should be seen in a broader perspective than we use the word. It can mean hospital, but it also is “sanitarium,” “orphanage,” or any number of institutions of that era.

The Ospedale della Pietà was one of four such homes in Venice. The Pietà took in mostly girls, and by Vivaldi’s time had become well known for the quality of the musical education. The girls of the Pietà became such accomplished musicians that by Vivaldi’s time the institution had developed a reputation as one of the best music school in Europe. In XVIII century Italy, however, there occurred a veritable explosion of musical activity in these ospedali, orphanages-turned-conservatories. This was especially true in Venice and Naples.

In Venice as early as the XIV century there were already four functioning ospedali: the Ospedale dei Mendicanti (originally for lepers and later beggars), once visited by Goethe who wrote of it, “I never imagined such voices could exist,” the Ospedaletto di SS. Giovanni e Paulo – a poorhouse and orphanage, and the Conservatorio degl’ Incurabili as the name implies. Finally there was the extraordinary Ospedale della Pietà. The Pietà Hospital had been founded in 1346. It was an institution for orphaned or illegitimate girls, foundlings and the female children of poor families. Already in the 17 th century this ospedale had achieved fame for its work with disadvantaged girls, especially for their singing and instrumental musicianship.

Vivaldi`s connection with the Pieta began in 1703 and lasted nearly forty years until 1740. In 1704 he was named Maestro di Violino di Choro. He also was in charge of of purchasing musical instruments.. He later became a violin teacher, Master of Concerts and resident composer. He was required to compose two masses per year – for Easter and the Feast of the Visitation, two Vesper services a year and two new motets each month among other things. Vivaldi worked daily with girls, writing and performing music for their special needs, choral and instrumental works. The girls were divided into two categories: the figlie di comun or commoners who received a general education and the figlie di coro or choristers and musicians who received an exactin musical training in solfeggio, singing and instrumental technique. Vivaldi supervised the teaching and served as concert master and composer. The reputation of the Pieta surpassed anything in Europe and drew visitors from all over Europe. Even Pope Pius IV came to hear the girls play and sing. The putte did not travel and were not allowed to perform outside the ospedale.

Ever since the Renaissance, Italy became a Mecca for students and musicians who would make the long pilgrimage to Italy to absorb the spirit and culture found there. In later centuries the trek continued until modern times. Mozart, Wagner, Tchaikovsky, Liszt were but a few of the many great musicians who drew inspiration from all that sunny Italy had to offer. Yet it seems the miracle of the 18th century ospedale and the Pieta was never to flower again.